Financial Independence: How Long Will It Take?

For somebody who has committed to building wealth through living well below their means and investing, how long will it take to become financially independent?

Often times we use simple rule of thumb calculations to make an estimate, projecting an average investment return until a 4% withdrawal rate will support a desired cost of living.

This has limitations, of course:

To answer these questions, I used the same methodology as the Trinity Study… but this time, looking backwards.

“How long would it have taken to become financially independent throughout modern history?”

END_OF_DOCUMENT_TOKEN_TO_BE_REPLACED

Traveling With a Baby 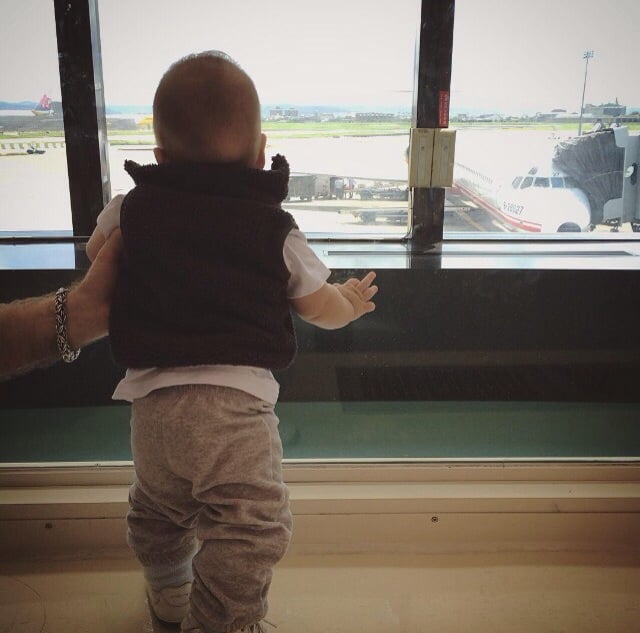 The train was near capacity as we shuffled aboard, stroller in tow.

I temporarily lost sight of Winnie as she and the baby slipped into the last possible seat to exclamations of “Ka-wa-ii!” (‘Cute’, in Japanese.)  Everywhere we went the reaction was much the same, everybody wanting to touch his cheeks and exchange smiles.

But this time, something was different.

As the train left the station, the smiles were replaced with awkward sideways glances.  That was the moment when GCCjr’s face glowed red as he filled his diaper with all that is unholy in this world.

30 minutes later everybody was more than happy to exit the train.  So kawaii.

END_OF_DOCUMENT_TOKEN_TO_BE_REPLACED

How We Saved Multi-Millions

You got something to complain about?

… today’s post is hot off the presses from our hotel room in Osaka, Japan, thanks to an unexpected surge in blog traffic.  Warning: contains a healthy dose of sarcasm…

On a hot and steamy summer day 41 years ago, a young woman gave birth to a strikingly handsome and moderately intelligent baby boy. (That was me :P ) My Mother was 16 years old. High school is a luxury that few single mothers can afford.

A few years later my Mom got her GED, finished night school for nursing, and got married. 3 more beautiful and intelligent children followed. That is a lot of mouths to feed when the economy is down and it is hard to find work. I remember my teacher calling the class one-by-one to the front of the room so she could fill out a survey on parental employment. I barely managed to mutter “unemployed” from under my breath.

While I was doing my walk of shame, my future wife was watching her parents’ marriage fall apart. Divorce in 1980s Taiwan was much like divorce in 1950s America, and the burden fell heavy on women and children. Winnie would spend the next 2 1/2 years living in an orphanage while her Mom worked to get their life put back together. To this day, nobody knows where her father disappeared to.

Fast forward to high school graduation. Nobody in my extended family had been to college, but it seemed the ticket to a better life. I graduated 4 years later with ~$40k in debt. The second half of my Senior year I used credit cards to buy ramen.  Adjusted for inflation and interest rates (my loans were 7-8%), in 2015 I would be in the top 5% of all graduates for debt burden.

What does childhood on the edge of poverty and burdensome student loans have to do with anything?  If two kids with the odds stacked against them were able to overcome life’s challenges, then most anybody can.

Allowing that background to define our future would have been about as ridiculous as the mess happening in the comments of this recent Business Insider / Yahoo Finance article.

END_OF_DOCUMENT_TOKEN_TO_BE_REPLACED

The Best Retirement Ever

Some people thrive on jumping out of airplanes, climbing untamed mountains, or riding wild rapids.  These same activities would stop the heart of many an avid Scrabble

player and crochet aficionado.  Perception of risk varies widely… as every extreme sports fan knows, more than one person has died with knitting needles in hand.

This same risk spectrum exists in finance.  Even the words we use belie our assumptions.  Someone whose preferred method of saving for retirement is to hoard cash under their mattress may be labeled as “conservative”, whereas an investor with 100% of their assets in equities might be called “aggressive.”

These word choices are unfortunate.  Obviously if I don’t enjoy jumping out of airplanes into the rapids of a high mountain river in a kayak, then I must be conservative… I wonder how many investors have been led astray by nomenclature.

This is all vary strange, because I enjoy jumping out of airplanes and riding wild rapids.  But when it comes to our retirement I’m extremely risk averse.

I’m not alone.  Nobody wants to be destitute in their old age, so like bad television news we focus on the negative, the failures, the worst case.

“Is the 4% Rule unsafe?”  “What does safe mean anyway?” “Should I work One… More… Year…?”  “Should I go for a 3% withdrawal rate?”  “Do all of the very vocal & very risk averse people in some online early retirement forums know something I don’t?”

Instead of focusing on all of the potential failures, just for fun let’s look at what happens when everything goes right.  What would have happened if we had retired in 1982?

END_OF_DOCUMENT_TOKEN_TO_BE_REPLACED

It has only been 4.5 months since GCCjr entered the world, but he is already excited to embark on his first International adventure.  He does have two passports after all.

For the past few weeks, he has been practicing his exploration skills as we walk around Taipei.  He has become increasingly comfortable sleeping in his stroller in strange and noisy places, and is equally happy with a picnic in the park or lunch from a street cart.  Formal dining is still a bit pretentious and boring, however.

He is becoming quite the socialite, and loves flirting with the staff at coffee shops and restaurants.  He is content to sit and people watch for long periods as long as he is being held, whether it be by Mom or Dad or a total stranger.  Dogs, fire alarms, honking cars, and big crowds don’t faze him in the least.  (See Winnie’s Instagram which features a GCCjr photo a day.)

GCCjr thinks he is ready for a travel trial run.  For a first passport stamp, we are headed to Kyoto, Japan in 2 weeks for 8 days .