Greenery stretches as far as the eye can see in all directions toward the striking blue of the Caribbean as we descend towards the runway below.  Small stone and wire fences cross the landscape until they reach the few narrow roadways.  We’d arrived at what appeared to be an idyllic little farming village

We are greeted at immigration by stern faces and raised eyebrows.  Winnie passes through without issue, while I get the rubber glove treatment.  3 interviews later we step out into the morning sun and humidity.  The first interviewer was very friendly, even complimenting me on my Spanish.  The other two were obviously just going through the motions

There are 3 different money exchange booths.  We enter the one without a line, and the staff of 4 informs us that they aren’t open for business.  Another money exchange booth ignores us completely.  We go to the back of the line of 30 people and wait for the 2 cashiers to do us the honor of converting our funds into the local tourist currency, in between cleaning their fingernails and extended conversations with their friends.

“The cold front coming out of the north and west from the United States will result in lower temperatures and light rain this afternoon here in the countryside, but it won’t reach Havana.  This will pass through in the next day and then it will be hot and sunny.”  Our taxi driver fills us in on all of the regional weather details on our ride into town, in incredible detail.  I assumed he had an advanced degree in meteorology, but it turns out that many Cubans are able to talk in depth about the weather with excitement

We arrive at our Casa Particular, a private room and bath in a local home, Cuba’s answer to hotels.  It is a nice place on an upper floor of a beautiful old French colonial building, with a balcony and slight views of the Capital Building and towards the waterfront.  Our host explains to us that the room we reserved is not available, because the previous guest is still there due to a nasty flu bug and “women’s problems.”  No worries though, he booked us in a nearby home for 1 night.  I didn’t sleep a wink on the last mattress purchased in Cuba before the Revolution, 55 years ago

We begin to explore town by foot around Habana Vieja and the Plaza de Armas, through the old stomping grounds of Earnest Hemingway, along the Malecon, and (ironically) past a copy of the capital building in Washington, DC.  Like 100’s of buildings across the city, the Capital was covered in scaffolding while it undergoes restoration.  Unlike 100’s of building across the city, it actually had people working on it…  the others appeared to continue to rot and decay from the inside after years of neglect.  If there ever was a city that could benefit from an outbreak of fire, Havana is it

A Grand Hotel in Any Other City

We stopped into La Floridita, famous for inventing the daiquiri and hosting long drinking sessions for Senior Hemingway, but were overwhelmed by the smell of mold and dirty ashtrays… only slightly worse than the smell of sewage and rotting garbage coming from some of the nearby streets

After feeling the hustle and vibe of the local markets through other parts of Latin America, we were excited to come across a small produce market.  Unlike the hustle and bustle of other places, it was eerily quiet, noticeably lacking in color, selection, and smiles.  I guess it is hard to get excited about root vegetables.  After repeatedly having our warm greetings returned with blank faces and glares, I began to reminisce about the time I asked for directions in New York City and was pleasantly told to go f#%k myself.  The only people that displayed any sort of friendliness were receiving direct payment of some kind, or asking for it

Around dinner time we stepped into the line outside one of the recommended restaurants from TripAdvisor.  During the hour wait we enjoyed the various flavors of car exhaust from old buses and 1950’s era cars.  God bless the catalytic convertor.  Past the decrepit exterior, we stepped 100 years into the past with dark wood paneling, antique tables and silverware, and waiters in suits and ties.  This is probably where the elite businessmen of Havana dined, back when there were businessmen.

“Why does our waiter hate us?” Winnie asked me.  There was certainly a bit of forced politeness, as we dined on rabbit in a red wine sauce and fresh fish, washing it down with a delightful sangria.  The only disappointing part of the meal was the salad with iceberg lettuce, sad tomatoes, and pickled green beans…  this is probably where McDonald’s got their salad recipe.  We later learned that our total bill of ~$30 was more than our waiter would make in a month.  Queen Marie Antoinette would have felt at home here… speaking of which, we also ate dinner at a restaurant where Beyoncé dined (one of the worst meals ever)

We would have happily enjoyed more local fare and lower priced meals, but the dual economy structure largely disallows it.  We did convert some of our tourist money to moneda nacional (the local currency) to get some street food, which consisted solely of pizza and sandwiches of artificially colored meat product and cheese food

More of the same continued for the next week, as we waited to escape Havana.  Instead of the nice young girl next door that was featured in her online dating profile, we found ourselves sitting across from an over-the-hill spinster with a failed face-lift, in serious need of a shower, an exercise regime, and prescription antidepressants.

We bought a bus ticket out of town at the earliest opportunity.  “You want to leave today or tomorrow?  Hahaha…  the earliest bus seats I have available are in 3 days.”  Ahh, communism… We briefly discussed changing our flights and leaving early, but we made the best of it.

We passed some time watching a friendly game of baseball…

… watching a reenactment of the post-revolution firing squads…

… and we even tried a little retail therapy… but quickly discovered that there was nothing to buy… In the ideological battle of Castro vs. Costco, I’m pretty sure Costco won

In the end, we resorted to the time tested method of frittering and wasting the hours in an offhand way… recreational alcoholism.  At least rum is cheap in Cuba 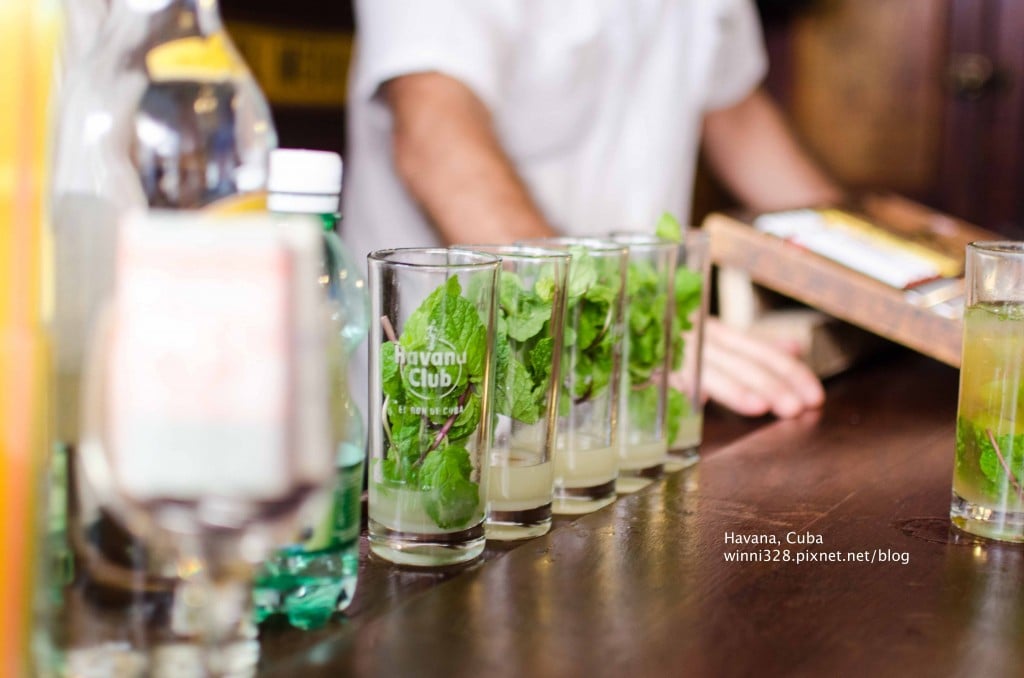 We eventually skipped town and made our way to Trinidad, Santa Clara, and Viñales.

Don’t worry, it gets better.  Outside Havana is where the real beauty of Cuba lies.

Sunset on This Side of the Cold Front

“Guantanamera…” These guys once played baseball in Taiwan

< Reminiscing About the Glory Days of 2008 Trinidad, Cuba >