Reflections of 2014, A (re)Productive Year

We began the year by slipping into Cuba, experiencing a country lost in time.  And none too soon.  Based on recent statements by President Obama, the Cold War may finally gasp its last breath.  Cuba will never be the same

Back in the modern world, we jetted across the Pacific on a secret mission that would change our lives forever.  Thanks to the miracle of modern medicine and In-vitro Fertilization (IVF), we were able to create a little human boy, due April 15th, 2015 (Ironic, no?)  Going to Taiwan for Medical Tourism saved us 80% off US prices

Our intentions were to undergo IVF treatment, travel throughout SE Asia, then head to Europe for a Destination Birth.  But even with infinite flexibility, things didn’t go as planned.  A little scare and a brief period of Doctor mandated bed rest convinced us to stay in Taiwan throughout the pregnancy.   We explored a bit, visiting Taroko Gorge and the islands of Penghu, and I road a bike 900 km all the way around Taiwan

In Taipei, we found some great accommodations and spent our day hours pursuing artistic endeavors.  Winnie studied water painting, oil painting, calligraphy, and the flute.  I am 3.5 semesters into an intensive Chinese language program, and continue to play guitar daily.

How much did this life of (re)productivity cost?

Over the course of the year, the miscellaneous category took on a life of its own.  A more detailed breakdown is probably warranted going forward.  The table below summarizes expenses of more than $1/day

In addition, we had several atypical or non-recurring expenses that we broke out separately.  These are expenses that we assumed would be abnormal for other travelers, or something better amortized over a longer period of time.  Of all visitors to Taiwan, those coming to have a baby are probably in the minority…

Questions?  Check out our expenses summary, detailed monthly expense reports, or ask in the Comments

Few people would consider our 2014 cost of living to be inexpensive, ourselves included.  With core cost of living of over $45k and total expenses of almost $60k, we spent substantially more than we did in 2013 (~$21k more!)

, etc…)), while spending less on healthcare and alcohol.  And of course on the baby

But I’d be hard pressed to significantly reduce our spending, and have no desire to do so.  We could spend $300/month instead of $1400/month on rent if we moved 30 minutes out on the subway line.  We could eat out twice a week instead of twice a day.  I could be that guy that spends a whole year in a foreign country and never even tries to speak the local language…

One area in which we could have saved with better planning is on visa runs.  I flew to Hong Kong 3 times this year.  Had we known we would stay in Taiwan this long, I could have applied for a resident visa while we were still in Mexico and saved the $820 we spent on flights and Ubers to the airport.

So could we have done better?  Certainly.  But considering that we saved $30k or more by pursuing IVF in Taiwan instead of the United States, the rest is secondary

By the only measure that matters, 2014 was a great success: we are going to be parents!

Our life in Taipei cost more than our life in Mexico and Guatemala in 2013, but was still good value.  I expect our core cost of living in Taiwan in 2015 will be similar, with total expenses coming in lower.

As first time parents, a baby will probably be enough entertainment for quite some time.  Parenting will have its own expenses, but we don’t expect GCCjr to significantly impact our total expenses other than the cost of birth

In October 2015, when GCCjr is 6 months old, we would like to get back on the open road.  We are discussing travel to Thailand, RV’ing around Australia or New Zealand, or returning to Mexico… in other words, we have no idea.

What would you recommend?  Where should we go next?

Thank you for reading and for your support 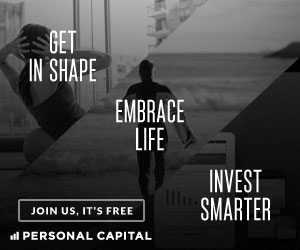 < So You Want to Sail Around the World Travel Hacking: Grandma is Coming to Town >