500 years ago during the Spanish colonization of Cuba, flush with the wealth of the sugar trade, the town of Trinidad was formed along the southern Caribbean coast. The anniversary party was just getting ramped up as we rolled into town, a celebration of food and music that would last an entire week.  A week long food and music festival in Cuba?  Yes please

One of the advertising slogans for Cuba tourism effectively translates as “Where the past and present live together.”  This is definitely true of Trinidad, a quaint little town laid out around a main church and public square in Spanish colonial fashion.  The narrow dirt and cobblestone streets are shared by a few cars, many bicycles, and horse drawn carriages.  1959 is part of the present, right?

The town center is very well preserved, as tourism is Trinidad’s main source of income.  Waking across town takes just a few moments, and you can see the walls and roadways steadily return closer to nature as you approach the adjacent trees and farmland that spread out towards the surrounding mountains

In many ways, Trinidad is the opposite of Havana.  Everybody from the panhandlers to the bici-taxi drivers to the restaurant staff to random people in the street was substantially more open and friendly.  The town itself had seen regular maintenance, and garbage collectors weren’t holding the city hostage.  Even the exhaust level was way down, partially due to greater reliance on 4-legged transport and the presence of new Chinese made tour buses.

Cruising Up the Main Drag

We checked into our Casa Particular and were quickly enveloped in warmth, as if we had arrived at Grandma’s house after a long journey. Our guest room was in a 200+ year old home that the 65-year-old owner’s father had purchased when he was starting a family, and had been added to the structure in recent years. 3 generations lived within, crossing paths multiple times a day and then sitting down together for a family dinner.

A Typical Room in Trinidad

We came home one night to find the youngest family member bouncing off the walls as only a 5 year old birthday boy on a sugar high can do, singing excitedly at the top of his lungs. He was elated about the birthday present that he had received, and wanted to show and tell us all about it. What caused so much excitement? 2 Kinder Eggs (Ironically, a product illegal in the US.) It was a good reminder to find gratitude in even the small things.  Later we all sat down together and had birthday cake

The streets of the 500 Year Anniversary party were packed with people and stray dogs, both vying for the attention of the numerous food vendors.  Pork sandwiches and ice cream cones seemed to be the most popular items, followed closely by the beer vendors… you could just walk up to the window of somebody’s home and order a draft beer, and then walk around town with your open container

The days were fairly quiet, with the music getting started around midnight and going until 6 am. We gathered in one of the town squares one fine evening with a few hundred other people, ready to hear some live music.  Without announcement, a DJ came on stage and started his show. I’m not sure why, but he seemed to have only 3 or 4 tracks to play, and his personal favorite was this one by (non-Cuban) Marc Anthony.  The hard core dancers seemed to enjoy it, but the crowd thinned quickly after the 3rd or 4th repetition.  The music part of the festival turned out to be a dud, but we did find some talented guitar players in a few restaurants

With an abundance of sugar cane industry history in the nearby valleys, we took a train tour to the Valle de los Ingenios, a UNESCO World Heritage Site. The train tracks wound through the hills past small farmsteads and old plantations.  One of the two train cars was completed dedicated to a wet bar, where you could order any drink you wanted as long as it had rum, which is always a good thing to do at 9 am

According to the tour literature, the train was to be pulled by an old steam engine from the era, but it was broken and appeared to have been for quite some time.  The small diesel replacement did a great job, pulling us easily through the beautiful valley.  We stopped briefly at an old sugar plantation for lunch and at a small town to take in the sweeping views from an old bell tower.

On the return trip to Trinidad, as we were watching some farmers spot burn their fields to prepare for a new planting, the train jolted to a stop with a horrible screech.  Fortunately nobody was hurt and only a few drinks were spilled, which is more than could be said for the cow that had wandered too close to the tracks.

Back in town, on our way to one of our favorite restaurants we passed a local market with a few of the local delicacies.

There was a respectable amount of good food in town, with great slow cooked pork and seafood.  Prices were substantially lower than in Havana, with everything costing about $10.  Even lobster cost only 10 – 15 CUC ($10 – $15.)  To get an idea of how plentiful lobster was, even the family cat snacked on lobster on a regular basis 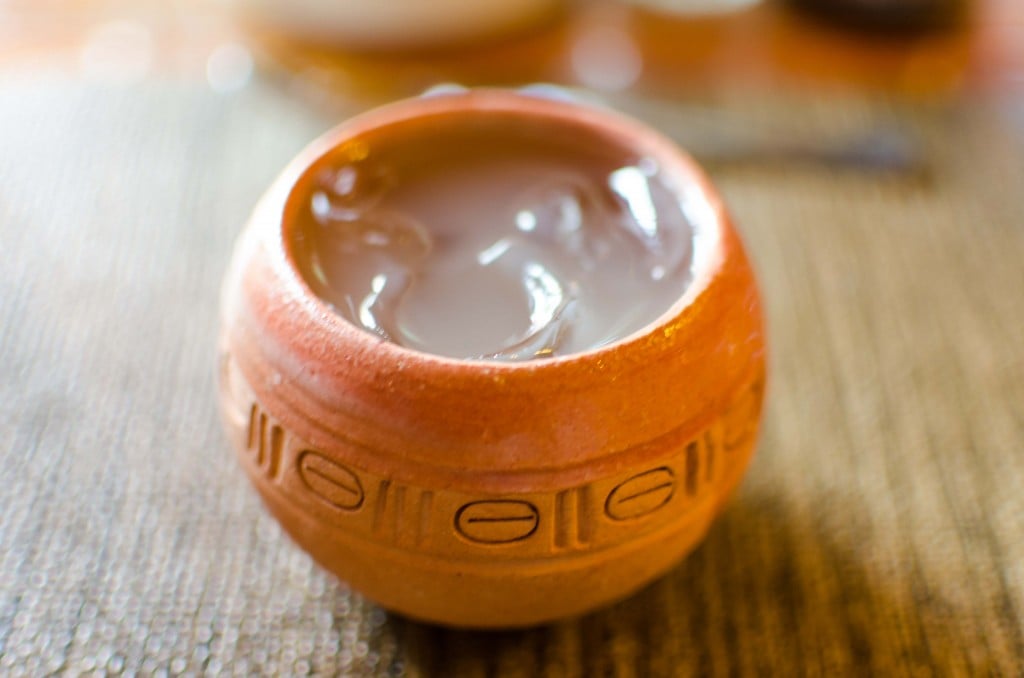 The Most Popular Restaurant in Town

During our remaining days in Trinidad, we took the local bus out to Playa Ancon where we lounged in the sun and read.  Two of the books we read were The Motorcycle Diaries: Notes on a Latin American Journey

, Che Guevara’s biography of his trip through Latin America, and Che Guevara: A Revolutionary Life

by John Lee Anderson, the biography by the author that helped uncover the hidden location of Che’s body in Bolivia.  The biography deserves the accolades it has received, and the combination of the two helped form a more clear image of the political and economic environment around us.  It even inspired us to take a day trip to Santa Clara to view the Che Guevera Memorial (although we both concluded that he was a bit of a douche)

While Trinidad’s 500th Anniversary won’t be coming around again anytime soon, we found the spirit of the place was more in the people and natural environment than in the festivities.  If you find yourself in Cuba, Trinidad is worth a visit