We’ve all seen the “Free” sign on the street corner next to the fragrant, dirty, and ugly sofa.  Is that urine I smell?

Or remember that crappy couch that you had in college?  The one you bought for $20, and you needed help getting up from the damn thing because it was just a giant sinkhole with a spring at the bottom that always poked you in the ass?  Not only could you not sell that thing when you graduated, but you had to pay somebody to take it away.  That thing cost you coming and going, as well as in quality of life

That’s not the kind of free we are talking about.

People seem to go crazy over this stuff, spending thousands of dollars for leather sofas, elegant dining room sets, and pillow top king size beds.  I’ll agree that these things are nice, much better than sitting and sleeping on some crap you got at Wal-Mart or Ikea because you were trying to save a few bucks.  In fact we’ve owned and enjoyed the use of all of these relatively high quality items for the past several years.  The difference from most people is that ours had a total cost of ownership of $0. 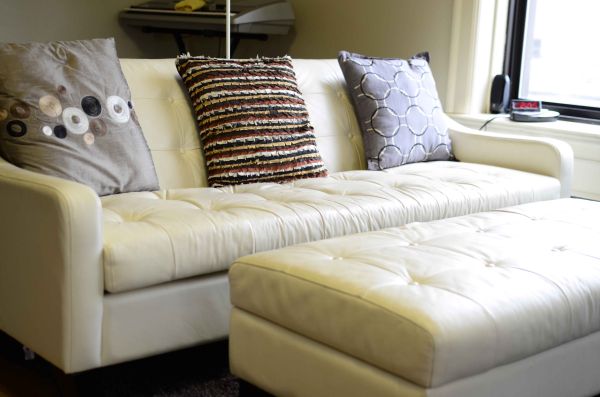 That’s pretty nice stuff.  Did we rob a furniture store?  Blackmail a neighbor?  Inherit from a long lost uncle?

It’s a lot more repeatable than that, and is really just a simple matter of economics.  Just like a car will drop thousands of your hard earned dollars in value just driving off the lot, most furniture becomes worthless the second its brought out of the store.  That’s the time to buy it, from the guy that paid retail, and a great place to look is Craigslist.

What can you get for free by using depreciation in your favor?