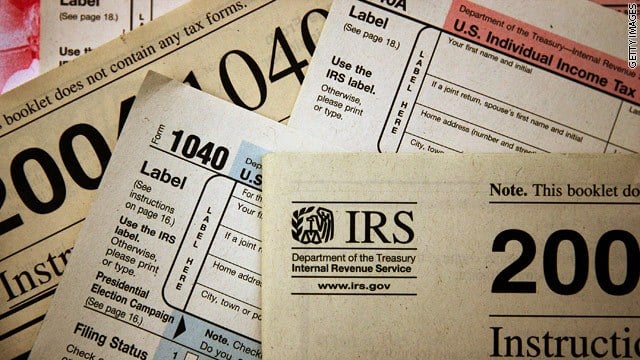 GCC: Tax Day is just around the corner, so what better time to showcase someone who has gone head-to-head with the US tax code and come out the victor.

Today’s guest post is by the Frugal Professor, and he is here to highlight how the Earned Income Tax Credit has accelerated his family’s path to Financial Independence.

I’m the Frugal Professor. I’m still early in the accrual stage on the path to Financial Independence, which we document with all of the gory details.

A lot of people think kids are expensive and make it difficult to save. But our children are actually helping us become financially independent sooner.

Learning to Love the Tax Code

During my 7 years in graduate school, our total household income was no more than $30k/year. However, when we did our taxes I noticed generous Uncle Sam rewarding me for being poor. I would get checks on the order of $7k-$9.5k every time I filed my taxes. To be clear, this was not simply a refund from the excessive withholdings. This was cold hard cash from the government, no strings attached, after withholding $0 in federal taxes during the year. The opaqueness, complexity, and recently found windfalls really sparked an interest in learning more about the tax code. However, the following story transformed my interest in the tax code into an obsession.

During my PhD (where children 4 and 5 were born), I bought a new $30k minivan with cash. In order to do so, I was planning on liquidating some of my taxable brokerage account. However, I did some tax planning before selling to understand the tax implications. Below are essentially the three scenarios I ran in TaxCaster. Each scenario has $30k in labor income and 5 kids (all of which are <= 16). Scenario 1 (the left-most picture below) has $0 in long term capital gains (LTCG), Scenario 2 (the middle picture below) has $3,399 in LTCG, and Scenario 3 (the right-most picture below) has $3,400 in LTCG. It turns out that the $1 extra dollar going from $3,399 to $3,400 carries a tax burden of $4,239. Let me repeat that, $1 extra dollar of capital gains would have cost me $4,239 in free money (=$8,289-$4,050). That’s an effective marginal tax rate of 423,900% on that $3,400th dollar of capital gains earned, which I’m pretty sure is the highest effective marginal tax rate you will find in the entire U.S. tax code.

To say the obvious, I purchased the car by realizing less than $3,400 in capital gains that year. (The Earned Income Tax Credit (ETIC) requires investment income less than $3,400.)

I left this experience with a firm desire not only to understand, but to model the U.S. tax code in spreadsheet form. Our fifth child was born during tax season, and I reverse-engineered then modeled many of the gory details of the U.S. tax code in a spreadsheet during the labor (I took a few minutes off from modeling for the actual delivery…after 4 kids, the labor of the 5th kid is a boring affair).

I think fellow CrackerHeads could benefit from what I’ve learned in the process of modeling the tax code.

The EITC is refundable, meaning that even if you have no tax liability you can receive a check from the government for $6,318 (if you have >= 3 kids).

Where this gets interesting for the GoCurryCracker crowd is that low to moderate income households with several kids have a huge incentive to shelter income. Even though one’s marginal tax rate may be 10%, one’s effective tax rate could be 31.06% (10% + 21.06% mentioned above) as households come down the ETIC ramp. The below chart illustrates how a family’s effective marginal tax rate can change significantly in the moderate income region (<$60k).

This is truly an asinine part of the tax code, but it makes sense. If you give free money to poor people it will eventually have to be taken away, resulting in high effective marginal tax rates.

Naturally, the EITC is a quite lucrative source of free money, and thus it is ripe for fraud. A common scheme is for an unemployed household to over-report self-employment income to max out free money. Another scheme is to steal social security numbers, file a fraudulent tax return, and pocket the ETIC. It is for this reason that tax returns to EITC recipients were delayed this tax season.

However, a legal way of maxing out the EITC is to be mindful of the breakpoints in the figure above and strategically lower one’s earned income. Management of earned income is lucrative not only in the setting of EITC, but also for ACA subsides and public service loan forgiveness plans. I haven’t personally managed earned income for either of these reasons, but a buddy of mine has done the latter and it’s worked out beautifully for him.

The levers available to lower one’s earned income are anything that reduces your federal taxable wages on your pay stub:

The levers unavailable to you for EITC maximization:

Perhaps not surprisingly, the IRS’s commentary on what levers you have available are not particularly helpful. However, the link clarifies that retirement income as well as investment income don’t count. The income has to be “earned.”

How I Hacked the EITC

I used the above knowledge in 2016 to actively shelter money to (almost) max out the ETIC.

I work for a university where I’m given the opportunity to shelter retirement money in a 401a as well as supplemental retirement accounts ($18k in 403b + $18k in 457… a HUGE tax hack available to many public university employees). My family made $80k in 2016; I sheltered half of that into tax-deferred accounts and got paid $8k for doing so.

All low- to moderate-income households need to realize that they are facing very high effective marginal tax rates and can substantially increase their tax refund (and thus their wealth) simply by sheltering more money.

By knowing my effective marginal tax rate I could determine the precise amount of taxable income to get maximum subsidy.

Particularly for low to moderate income families, the amount of taxes you pay are to a large extent in your control in large part due to the Earned Income Tax Credit. However, everyone should know their effective marginal tax rate. This is the most important number in the tax code, since it is a person’s tax on the next dollar earned or the tax break on the next dollar of sheltering.

To determine the effective marginal tax rate for your situation, you are welcome to use my spreadsheet. The exercise of determining how much to shelter can (and should) be done in conjunction with TaxCaster or TaxAct’s calculator, but my spreadsheet should be a lot simpler to visually interpret.

GCC chooses what his tax rate is. You should too.

If you liked what you saw above, I wrote a high-level overview of the U.S. tax code. Further, I’ll post an updated version of the spreadsheet (with improvements along the way) to reflect changes in the tax code. If any readers care to improve upon what I’ve done, I would love for this spreadsheet to be crowdsourced to be the definitive tax planning tool for CrackerHeads like myself.

Can the EITC help you become FI sooner?