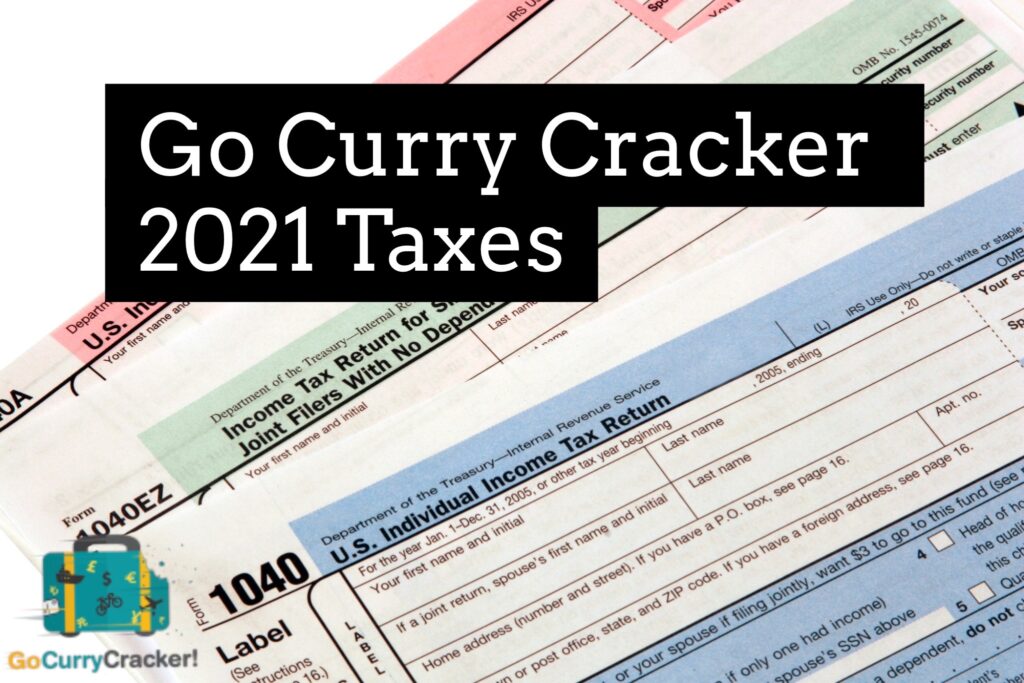 After a decade of zero and near zero tax bills, our 2021 tax return looks a bit different – We paid a LOT of tax.

No surprises though – I sold a ton of stock to pay cash for a house. In the grande scheme of things it is no big deal.

I’ll break it all down below (with links) and highlight some things I did to minimize taxes this year and going forward.

Aside from realizing some substantial capital gains, 2021 was a fairly normal income and tax year for us.

Total income for the year was $408,465, of which 80% comes from selling stock to fund a home purchase (plus some extra, more on that later.) 100% of our tax bill for the year comes from this transaction. The IRS is very generous to early retirees, but less generous for large lump-sum transactions.

Because I violated Rule #1, Choose Leisure over Labor, I paid $5,472 in self-employment taxes (sort of an involuntary annuity purchase.) This brings the effective tax rate to 9.4%

Key to getting the numbers right is a good tax tool. For example a calculator that understands the beauty of tax-free Roth conversions and Capital Gain Harvests. I have written such a calculator:
GCC Income Tax Calculator

Or you can go wild with an all-encompassing tax spreadsheet, such as this one.

But let’s get on with it. Here is the stuff we sent to the IRS:

We sold a lot of stock in 2021. Those stock sales took place in 2 parts (all prior to moving to California, so $0 in state tax.)

First, I sold stock to secure cash for a home purchase.

When making a home purchase paying 3% plus or minus is in the range of reasonable negotiation.

But there is a real beauty to this transaction that isn’t clear from the tax forms. Had I done zero capital gain harvests over the past 8 years, our actual realized gain for the same purchase would have been $327,000 greater. Now our tax bill (capital gains and NIIT, combined) is a rather large ~$85,000. Thank you to my previous self for saving us ~$50,000.

Want to know more about how this works? Plug your email address in here and I’ll send you our capital gain harvesting template based on actual transactions.

The second stock transaction was the sale of an additional ~$150k, pushing income up to just below the Child Tax Credit phase-out (still had room at the upper range of the 15% capital gain tax bracket.)

I then immediately repurchased the same $150,000 worth of stock. The $18k tax bill wasn’t due until nearly a year later.

Why on earth would somebody in their right mind choose to do such a thing? (Good question!)

I discussed this at length (here) but the key points are:

There are 2 non-refundable tax credits I took advantage of this year that I am unlikely to qualify for ever again (due to low income.)

First, we bought an EV which qualifies for a $7,500 tax credit. It’s nice. To qualify you must first have a tax bill larger than $7,500, which is unlikely to be the case for us going forward.

Second, we installed solar panels on the house which qualifies for a 26% tax credit. Plus, our electric bill for the past 2 months has been negative.

Combined these credits wipe out over $13,000 worth of tax (about the equivalent of my massive capital gain harvest.) (Of course, I already calculated the ROI of solar and buying an EV based on the credits, so no double counting.)

For the last time (probably) we again used the Foreign Earned Income Exclusion on Form 2555. This excludes ~$22,000 of income earned outside the US prior to our return. That saves about $2,200 in tax (Line 5 below.)

Since we returned to the US in August, I was able to exclude all prior earned income with the FEIE. But all income as US / California residents was taxed as normal and based on having very high income. As such, the marginal tax rate on that income was high.

I contributed nearly 100% of US earned income into my solo 401k to reduce both US and California taxes. I also contributed to an HSA for the one month we had a qualifying HDHP family plan.
(I also have a calculator for determining correct solo-401k contributions.)

Throughout the year I paid estimated taxes for all self-employment taxes.

I paid the tax due on capital gains in April 2022 even though the transactions took place in July 2021. I paid zero penalty or interest thanks to the IRS safe harbor rules.

And of course, some of these payments were made on credit cards to get the generous welcome bonuses. In some cases, a tax payment was the only transaction ever made on a card. This is a great way to get some “free” vacations, e.g. we just got back from a week in Hawaii where we paid $11 in taxes per person for the flight and roughly $30/day (resort fees) for a large suite in one of the most expensive hotels in Oahu.  I actually made this year’s tax payments poolside just before the rainbow came out.

We went to Hawaii and all I got was a sun tan and this lousy photo. More on Instagram.

For more details, see: Paying Taxes with a Credit Card.

A good card to get started is this one, now with a new higher welcome bonus: 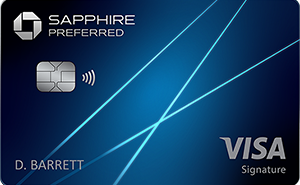 The Chase Sapphire Preferred is the best card for beginning travel hackers!
The 60,000 point welcome bonus after spending $4k in 3 months is worth $750+ off travel!
No foreign transaction fees, $95 annual fee
Named a 'Best Travel Credit Card' by MONEY® Magazine, 2016-2017
Learn more here.

100% of our tax bill this year came about as a result of selling stock to pay cash for a house. Had we continued our international lifestyle, this year would have been much like prior years with a $0 tax bill.

Additional tax was realized when harvesting massive gains in order to minimize taxes in our new less-tax friendly home over the next couple of years.

Since this is the only foreseeable year in which we will have a large tax burden, we timed purchases to take advantage of several nonrefundable tax credits. This reduced our tax bill by over $13,000. Since our marginal tax rate was temporarily high on ordinary income, I also contributed to 401k and HSA.

Overall, our total tax burden was less than 10% which seems reasonable as a one-time transition.

< Paying Taxes with a Credit Card in 2022 Our Suite (sweet?) Hawaiian Spring Break >